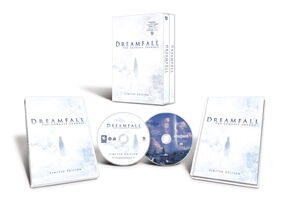 The Dreamfall Limited Edition was a special release of the PC-DVD version. The limited edition contains: 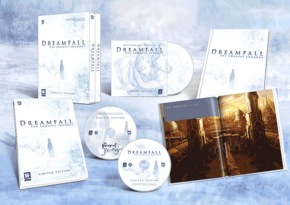 This PC-DVD edition was released on the 9th of February, 2007. It

Ragnar noted on his blog that a 3rd and final trailer for Dreamfall, that he created after the game had gone gold but was never released by Funcom, was included on this UK edition. He posted it to YouTube and linked to it on his site but it was later removed, presumably by order of marketing. You can view it on the Videos page of this wiki

Retrieved from "https://tlj.fandom.com/wiki/Dreamfall_Limited_Edition?oldid=14326"
Community content is available under CC-BY-SA unless otherwise noted.