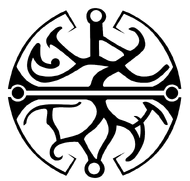 The Balance is the equilibrium in the universe between Chaos and logic. When both magic and science existed together, people could wield unprecedented power. They misused it, causing strife and destruction. The only solution was to create the Divide, to separate magic and science into the twin worlds of Stark and Arcadia. This was done at the instigation of the Draic Kin, one of whom (most probably the Red) founded the Sentinel, a group of twelve men and women - 6 scientists and 6 magicians - and an unknown woman who became the first Guardian.

The Balance is now regulated by the Guardian from a realm that is outside both worlds, through a great Tower. The Guardian's soul is removed for his or her term of duty, to allow this regulation to happen dispassionately. The term lasts for a thousand years, at which point a new Guardian is chosen. The Changing of the Guard at thousand year intervals appears to be for the Balance's benefit; at the beginning of The Longest Journey Adrian, the 12th Guardian, had overstayed his term by 200 years before finally being forced to leave the Tower as the Balance was beginning to fail. Symptoms of this were becoming visible to April in Venice, namely creatures and places from Arcadia appearing in brief flashes. 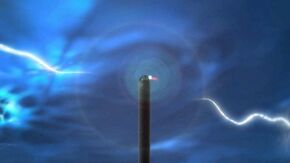 Vestrum Tobias Grensret mentions children "born to the Balance" or "of the Balance" when speaking of Guardians-to-be. In his words, when a new Guardian was born "the Balance provided the seed from which a new fruit grew". As immaculate conception does not seem to be part of the nature of Guardians, it is more likely that the Balance somehow infuses or imparts its essence to the child in question, and its signs are there for those who know what to look for. Cortez also describes April as a "child of the Balance".

Arcadians celebrate a Feast of the Balance over three nights, which includes singing and dancing to give thanks to the Guardian and the Balance for keeping them safe. As Benrime Salmin tells April, the Festival is usually celebrated in the streets but, due to the uncertainties in the worlds and the growing influence of the Vanguard, this year the Festival has to be held inside, behind closed doors.

The Divide's time is almost over. April has been repeatedly heralded as the one who will save the Balance before destroying it - presumably by reuniting the worlds - but just how and when this will happen is not known, although presumably the War of the Balance will play some role in it.

The symbol of the Balance was originally designed by Didrik Tollefsen, art director on The Longest Journey.[1]

Русский
Community content is available under CC-BY-SA unless otherwise noted.